I released 5 books in 2020, but I'll always consider Magic Portal, which releases today, my first polished book. Anyone who's suffered through me talking about writing a fantasy novel has heard about Llenwald. It's a magical world connected to our own that I've spent 2 decades fleshing out. I first wrote about this fairy-filled fantasy world back in high school, scribbling furiously on lined notebook paper.

It took me 5 years to finish the first 2 Llenwald books, and then I shelved them for good. They were exactly what you expect from a teenager: rough with no real overall vision. Although those first 2 books will never see the light of day, they became the world-building exercise I needed to flesh out the details of what would become Magic Portal. I wrote that book's first draft while teaching English in Japan after obtaining an undergraduate degree. I joined a writer's group that critiqued the first few chapters in between karaoke sessions. I finished a draft of that book in a year, but again, I shelved it because I knew it needed a lot of work.

I kept thinking during my graduate studies and my first job in the video game industry that I would come back to the novel. But when I switched from being a project manager to an actual game writer, writing in my off-hours after work was too draining. Then, I had kids and was emotionally tapped out. But I was always thinking about when I would actually finish a Llenwald novel for publication.

I finally returned to this book about 4 years ago. I edited it for a year before I realized it would be better served as a trilogy. It took me another few years to smooth all three books and finish the trio. I'd grown from meandering teenage babbler to seasoned storyteller: where characters grew, the plot made sense, and surprise twists were carefully constructed and not just dumped into the reader's lap.

Today, I believe this introduction to Llenwald is a solid story. I'm proud that this book represents my writing journey. If magical adventure, humor, fae folk, and portals to another world are your thing, I hope you enjoy reading this labor of love. 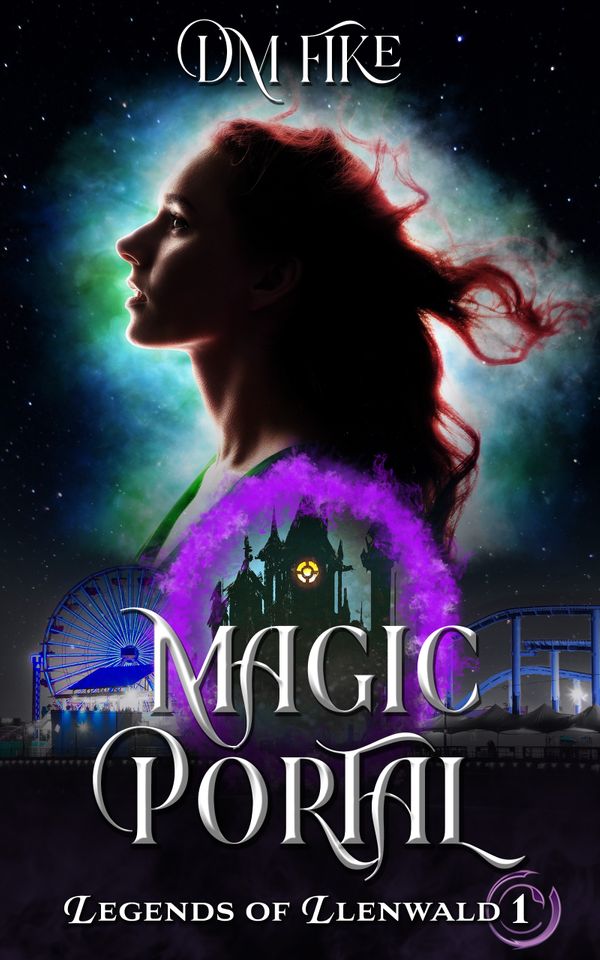 Avalon's tragic past holds a magical mystery… one that could transport her to another world.

Avalon’s life seems over before it has even begun. At 18 years old, her parents are dead and she’s dropped out of school. She lives in her car, hoping to earn enough money at her carnival job to get off the streets.

But then her lonely existence unravels. A bedraggled beggar begins stalking her every move. A childhood illness flairs up after being dormant for years. And a lifelike fairy statue shows up inside the Hall of Mirrors, unlocking strange abilities that Avalon struggles to control.

As Avalon gets pulled toward a secret world where others covet her legendary powers, she must decide whom to trust—an amnesiac knight, a shapeshifting trickster, or even her former doctor—all of whom may only be exploiting her for their own gain.

Decking the Halls with Geekery

If you love geeky knick-knacks, you've found the right blog!…

Stop Karen About It

Get a FREE Magic of Nasci story for subscribing!